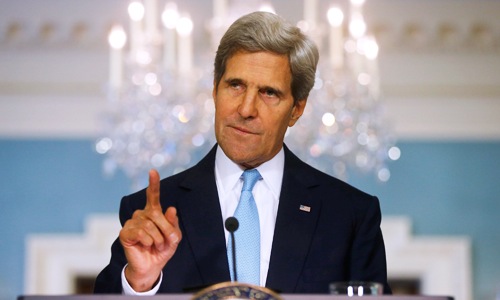 The most striking thing about broadminded leftists is that they never really pay attention to the inconsistent things they say. That’s because, above all else, liberals feel comfortable setting their own moral standards which, for all intents and purposes, exalt a unique form of secular ideology above established Godly truth.

Take for instance the impending conflict in Syria. Sorry, but moral relativists have no right establishing “red lines” for anyone. After all, God has drawn many a “red line” that they elect to ignore.

In addition, the left picks and chooses which atrocities to be appalled over.

So when John Kerry pounds the war drums by sanctimoniously arguing that the decision to chastise Syria is a moral one because weapons of mass destruction cannot and should not be tolerated, what he glosses over are the policies he himself supports. Policies that, in God’s eternal economy, should never be accepted by civilized people.