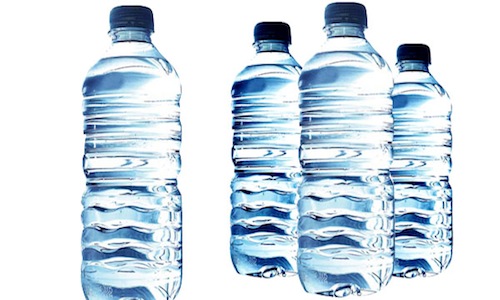 For America’s aging population, even the mention of water makes a large number of Baby Boomers sprint toward the nearest restroom.

Despite the bottled water industry raking in $11.1 billion dollars in 2011 alone, and the fact that Americans are already drinking roughly 30 gallons of bottled water per year, Michelle (code name H2O) is quenching her thirst while earning her keep, reminding over-hydrated Americans to hydrate.

And to add credibility to the scheme, star of stage and screen/part-time policy wonk Eva Longoria (who, in case you haven’t heard, makes a mean guacamole) is taking time off from “brainstorming” with the president on border security issues to stand shoulder-to-belly button with Mrs. Obama to promote the project.

It used to be when a person felt hungry, they ate, and when their God-given internal water gauge indicated they were running low, they drank.  That’s the old way.  Now we have Michelle Obama spending her time “nudging” us away from the soda aisle toward the water fountain.