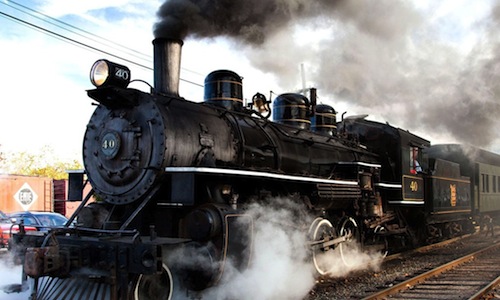 Brace yourself. It’s gonna get bumpy. Obamacare is about to be implemented.

A train called Doom, headed for Deathpanelistan, is departing Fantasyland Station on Track 44 and all the rails have yet to be laid. Once the congressional circus in the caboose ends, (regarding the issue of defunding) politicians – doing what politicians do best – will adjust to the new politics of Obamacare.

On the Republican side reality will set in that, whether for bad or worse, Obamacare is here to stay – at least for the foreseeable future.

Tickets purchased, politicians on both sides will see that a recalibration of both tactics and strategy are in order. On board, the caboose will temporarily fall silent as the brakes hiss and Doom lurches forward.

Upon exiting Fantasyland, Republicans will face the most significant and consequential choice in the entire post-implementation era. Indeed this single decision will lay the foundation for the fight to come. If the past be any guide, republicans will most likely first disagree on what strategy to pursue, then start infighting, next fail to unite publicly, and ultimately be weaker and disorganized thanks to petty squabbles, personal disagreements and interpersonal rivalries.

To fix or not to fix – that is the question.

We all know there are problems with Obamacare.

So what happens next?

Well, as the train picks up steam around Rationville, both sides will realize they have a problem. The grade will slope precipitously and the wheels of Doom will start to shimmy. While traversing Pelosi Pass and heading toward Reid Ravine, the question becomes who’ll blink first and request some braking action.

If Republicans were smart – a very big if – they’d grasp the armrests and white knuckle through it. This would be wise because so far, they haven’t built the train they’re riding on. In short, they’re not responsible for Doom. However, once they tinker with it or attempt to fix it in any way – they’ll own it too. Furthermore, if they tamper with it, they’ll legitimize Obamacare.

So, as everyone hurdles toward Election Junction, eventually the Democrats in the caboose will sober up and want to fix the parts they’d rather not talk about – or take credit for. But first, their strategy will be to spin the horror stories coming from the fifty Exchange cars in front.

To a real extent, that spin process began back at Fantasyland Station. But get ready because as the screams from up front become louder – so, too, will the democrat spin machine.

This should come as no surprise. It has more spins than Iranian centrifuges.

Anyway, at first Democrats will deny the horror stories and portray those tales as only being anecdotal or outright lies. In other words, they’ll try to convince everyone aboard Doom that their own personal nightmare is unique only to them. When that doesn’t work, they’ll yell at Republicans about hiding the wrenches to fix the train while simultaneously telling everyone up front to shut up, look out the window and enjoy the scenery as they approach Election Junction.

Meanwhile, across the aisle, Republicans will be screaming at one another about what to do. After all, Election Junction is fast approaching!

“Who will the people blame?” the GOP establishment will ask as they’re jostled to and fro.

Some Republicans will breathlessly argue they should do right by the passengers up front. Others will correctly point out that to only fix certain parts of Doom, still leaves a massive train running out of tracks headed toward Deathpanelistan. They’ll argue that by fixing some of the more deficient parts, it falsely makes Doom somehow seem track-worthy.

Somewhere over Lameduct Barack, Democrats will look out uneasily at the gorge below and hear the trestle moaning under the weight of Doom. Hysterically, they’ll convince the media to recall that Republicans, while back at Fantasyland Station, were screaming about how unsafe Doom was to begin with. In other words, Republicans know about it too.

“They’re aware!” Democrats will shout. “They know how defective Doom is! And yet, they won’t pull out the wrenches to fix it!”

The pressure aboard Doom will build, not only in the boiler up front but, in the caboose as well.  After all, these things have to done before Doom nears Hillarytown!

Meanwhile, on the outskirts of Deathpanelistan, both sides will remember they’ve exempted themselves: so Obama thankfully pulls the pin on the caboose and Doom hurdles off into the distance toward its rendezvous with a derailment replete with massive fatalities.

Should Republicans fix the bad parts of Obamacare?

Not on your life. The train is headed to Deathpanelistan anyway. Let the Democrats own it.

So, will Republicans compromise themselves by pulling out the wrenches to fix it?

Of course they will.

Because there are too many tempting goodies offered in the caboose.

In the process they will legitimize Doom. And own it too.