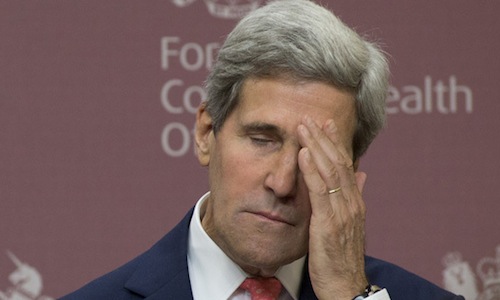 Barack “I’m a Sissy and I can PROVE IT” Obama picked a fight. And when it was accepted, he called for backup.

What did he get? More sissies. John McCain, Lindsay Graham, John Boehner, et al are all too complicit to help Obama avoid showing just how big a punk he is on the national stage.

So what does America’s racist moron, aka Commander-in-Grief do now?

He issues an ultimatum to Syria, by way of John “Look at my FAKE Purple Hearts” Kerry, and of course the backing of the other aforementioned sissies.

The ultimatum: Syria has one week to turn over their weapons of mass destruction or risk…a BEER FEST!!

Personally, I WANT to see what an attack by a sissy like Obama looks like, don’t you? Have you ever seen a sissy fight? It’s just a step below watching two trannies fight.

I want to watch the sissy who acts tough get the crap kicked out of him…”Blackhawk Down” as it were. And that’s the likely scenario.

If I were the military commander in charge of Obama’s sissy fight, I’d make it like F-Troop…a comedy of ERRORS. Sort of like THE OBAMA ADMINISTRATION!

Speaking of which, do you know what happens when you recap the miscalculations and bungling in the Obama administration? You go to sleep, because the list is too long…you simply DRIFT OFF!

And what’s even more funny is Tommy Toughass’ ultimatum by way of the biggest pansy since Neville Chamberlain. Notwithstanding Kerry’s announcement, dare I say proclamation of the TYPE of attack he has planned.

You heard that right; our attack will be UNBELIEVABLY SMALL. As in so small, why bother attacking?

Isn’t it par for the course that America’s two biggest WIMPS not only PIMP THEIR PLAN, but then tell them HOW THEY WILL FIGHT! Something tells me this is NOT what they teach at West Point.

Hand it over, Assad! That’s all we want. You can avoid this UNBELIEVABLY SMALL attack, with no possibility of BOOTS ON THE GROUND.

At least there is one real man in the mix. Putin, will you be OUR president?