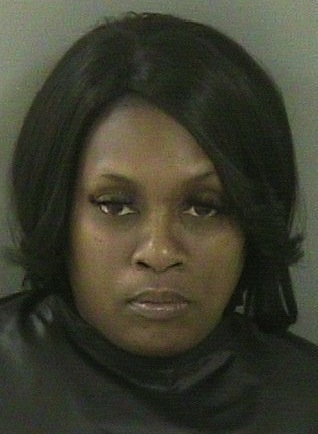 If Obama had a sister, Joy Young would be her.

Joy got into an argument with her 16-year old daughter Diamond LaCrystal Simmons over money and decided to bite the nipple of her daughter’s breast.

In Obama’s world this qualifies Joy Young for Mother of the Year.

Why did the argument turn physical?

According to Simmons, her mother was trying to collect social security money that was meant for Simmons’ baby.

Young retorted, “Well you are never home to look after the baby!”

Luckily, the baby slept through the nipple-torture during the fight, so there should be no future trauma, unless the child was being breast fed.

According to an Indian River County Sheriff’s Office arrest report, obtained by the Smoking Gun, Simmons claimed her mother scratched her several times in the face, and then ‘bit her on the right breast in the nipple area, causing the skin to tear and bleed’.

The officer who responded to the 911 call reported the teen had ‘visible scratches on her face with fresh blood’. He also noted she had a large blood stain on her shirt and was complaining of pain in her breast from where she said her mother bit her.

Mother Young had no injuries, and should be ready to get her award whenever Liberals put the gala together.

Obama must be so proud of his sister.