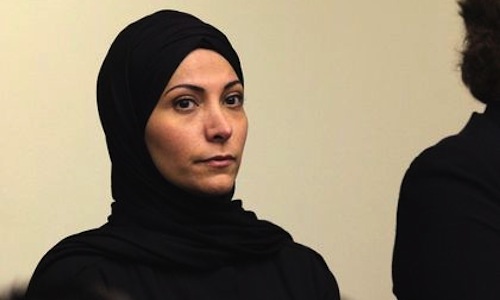 But before you alert the feminists, know that these are not AMERICAN women! I know…that was close. We certainly wouldn’t want to sound the alarm over non-American women being kept as slaves…and by a woman!

A Kenyan woman accused Alayban, the wife of of Saudi Prince Abdul’Rahman bin Nasser bin `Abdul`Aziz al Sa`ud, the grandson of King `Abd’ullah of Sa`udi `Arabia, of confiscating her passport and paying her $220 a month for service 16 hours a day, 7 days a week. Should we stop to do the math, or is it safe to assume that is NOT a “livable wage?”

As it turns out, the Kenyan woman was not the only captive. When police searched Alayban’s California residence, they discovered four more women from the Philippines who were held captive under similar conditions.

Alayban commented that these women were not slaves, since they were paid. Further, the women were allowed to use Alayban’s pool and Facebook.

Authorities arrested Alayban after the Kenyan escaped from the apartment and flagged down a bus driver. The Kenyan woman claimed that the princess held her as a prisoner in Alayban’s apartment in suburban Irvine, California.

Alayban was being held on a $5 million bond–“walking-around” money for a Saudi princess–after her arrest in July for accusations of human trafficking, the first test of stricter laws against human trafficking under Proposition 35. But she has been released, since a judge dismissed the case.

See more at The Free Patriot