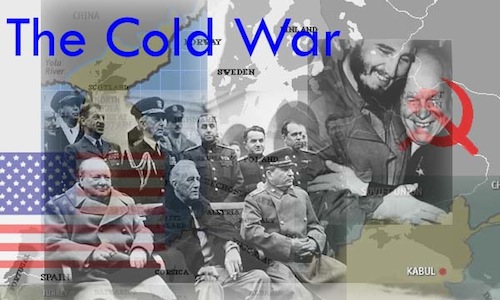 Now that Vladimir Putin is leader of the free world, I have to ask, who really won the Cold War?

It seems to me that Russia may have had the last laugh. Shall we have a vodka toast, comrades?

Apparently, after Ronald Reagan “won” the cold war for us, we dropped our resistance to the ideas we were fighting. Now we seem to be emulating the old U.S.S.R. in just about every way possible.

Take, for example, Putin’s op-ed for the New York Times. If you substitute “Iraq” for “Syria” you don’t see any significant philosophical difference between Putin and Obama.  Putin parrots Obama’s philosophy, completely disarming him! How can Obama object to his own philosophy?

This would be funny, if it weren’t so serious.

Remember when we used to laugh at the Soviet’s odd notion of standardized government-controlled “education,” otherwise called indoctrination, brainwashing or propaganda? The idea of our children being co-parented by the state was repulsive.

Now we see such ideas resurface as “helpful,” “efficient” ways of making sure that all kids…

Krauthammer on Putin Op-Ed: These are the fruits of an epically incompetent