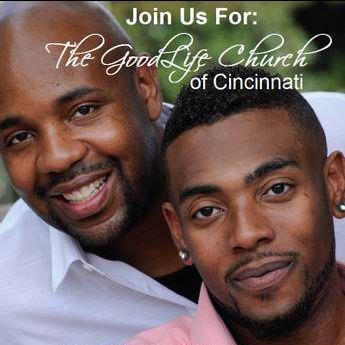 There was a point in history where black people were the voice of reason.

We were moral, in fact the MOST moral people on the planet. If something went wrong, blacks confessed. If it wasn’t our fault, we said it, despite sometimes dire consequences.

There was a time when blacks valued family more than any. We knew what family meant and the far-reaching implications of a strong family.

But black Liberals have forgotten that rich legacy of being strong proud blacks, and call those blacks of the past, sellouts. Those blacks went along to get along.

Those blacks were the true religious zealots that now represent the modern-day Tea Party. Like the Tea Party, blacks of the past who are now the modern-day black conservatives, recognized that the government is the oppressor, not the people.

They have traded in a core system of beliefs and now worship in the church of moral relativism. And one such relativistic church is in Cincinnati, where there is a black gay church.

I’m not one to moralize on somebody’s sexuality. We all have our issues. Church is not for heterosexuals; it’s for SINNERS.

Is this the Seventh Sign? Can white gays attend a black gay church? Think this church is an aberration? Think again.

Read more about blacks and the gay revolution.