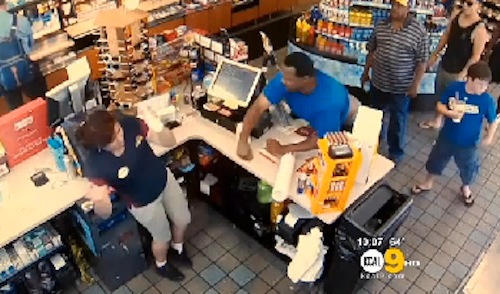 The feminists have turned America into a society of misfits.

What began with great intentions, has eroded into nonsense. Men no longer respect women, period. But that’s because feminist women don’t respect themselves.

So now we are all equal. So what a man punched a 23-year old girl because he didn’t have the additional $0.41 he needed to purchase a cigar. That’s not HIS fault.

Perhaps he has no job, no prospects for a job. Maybe his EBT card ran out of money, or “It’s Bush’s fault!” What we now know is that assault certainly wasn’t HIS fault.

Back in the day a man would be embarrassed to be broke, and he would work at anything to make sure he provided for himself and his family. But this derelict blamed the clerk, as he has been conditioned to do.