On September 13th, Jaden Smith, son of actors Will and  Jada Smith, tweeted out a pretty clear message about the value of a public (government) school education.

Currently, Jaden and sister are home-schooled, and though only 15 years old, Jaden seems to already have a dismal opinion of public education.

He may be approaching the topic from the Left, be there is some truth in what he’s saying. Young Master Smith, however, should finish the admonition to drop out of public school with “and begin home schooling, if possible.”

As of 2013 over 2 million children in America are homeschooled, and on average score some 20-30% higher on standardized tests than public school students. 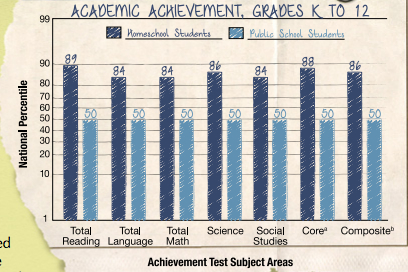 What is really amazing is that these homeschool results are irrespective of parents’ post-high school education and income!

The homeschool movement has been successful because the parent is the first AND best teacher of their own children. Sorry Melissa Harris-Perry, the youngsters are NOT wards of “the collective” yet!

No one can pay a teacher to do for a child what a parent will do for free, compelled only by love and desire for what is best for the child.

Will and Jada speak of raising their children in an unconventional manner:

“We respect our children the way we would respect any other person,” Will told Haute Living magazine in May. “Things like cleaning up their room. You would never tell a full-grown adult to clean their room, so we don’t tell our kids to clean their rooms.”

The Smith’s may have gone awry on that idea — parents are in a young person’s life to instruct, love, safeguard and provide. Not to just be a buddy. That part happens in about 20-some years.

But teen Jaden, though perhaps wrong on a myriad of issues, as is every teen, has stumbled onto one truth: public schools are not doing a good job.

Rather, the public education system has become a money sink hole and National Education Association union’s stronghold, to the detriment of the students.