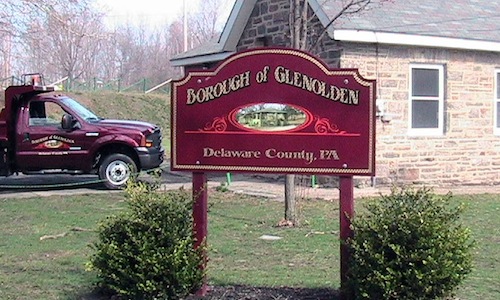 In Glenolden, PA, which is an 85% White borough outside of Philadelphia, a 15-year-old girl was attacked by a gang of at least nine teenage boys after leaving a local high school football game.

The juveniles followed and taunted her on a neighborhood street. Then, they began cursing and spitting at the girl.

Apparently, the taunting, cursing, and spitting wasn’t satisfying, so, they double-downed on the feral behavior and assaulted her. She was repeatedly kicked and punched, with at least one of the blows being a head shot.

She recounted to CBS Philly:

The victim also recollected that while she was being beaten by at least two of the delinquents, the others were shouting “come on, let’s get her.”  At one point, the hooligans even tried to throw her under the wheels of a passing car. Luckily, the car swerved, barely missing her.

“They took me by my arm and just threw me out like I was a fishing rod. I was doubled over in pain,” she said. “Everything was just a big, giant blur.”

The assailants eventually left her injured on the street. Incredibly, she managed to stagger more than a mile to her home before collapsing in the driveway.

She was medevaced to Children’s Hospital of Philadelphia, where the diagnosis revealed a partially collapsed lung amongst the injuries.

Naturally, the community was upset, and the family wanted justice; everyone struggled to understand the motive.

The police and media called for the public’s full assistance to capture the perpetrators.

However, there was one glaring problem with their call for help; the released description of the attackers was simply…”teenage boys.”  For some strange reason, neither the police department nor press wanted to be more specific about the “teenage boys.”

I’m no detective, but how can the public be expected to effectively assist if the vital information is limited to “teenage boys?” Are the police and media protecting and serving the public, or the criminals?

The best lead about the suspects actually came from the victim’s father, who stated on his Facebook page:

“We think they were from Academy Park. But are not positive.”

For the record, Academy Park high school is a district rival and 67% Black.

So, is this another instance of political-correctness and ethnic protectionism trumping public safety? Or, was the victim attacked by race-neutral beings, who can only be best described as “teenage boys?”