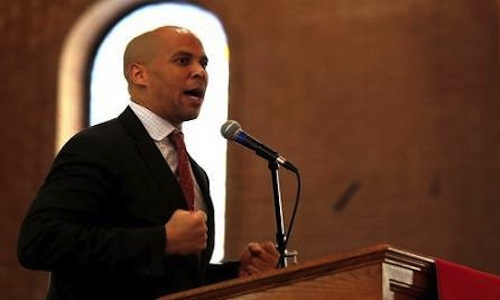 Corey Booker is said to be the next Barack Obama. He shouldn’t take it as a compliment.

The man who wants to be a junior senator from New Jersey apparently isn’t even FROM New Jersey.

In researching where Booker alleged home address, the neighbors said that Booker has, in fact, not lived there. It’s a “dummy” address, much like the addresses used to register Obama voters!

It is purported that Booker lived in New York.

It doesn’t matter to Liberals where Booker lived, even if it’s determined that he lied and cheated the system. Liberals love liars, so Booker will fit right in.

Read more at The Daily Caller…

But before you do that, check out this video about Booker and see how he is “constructing” his life.