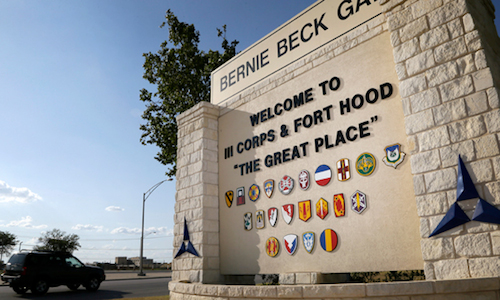 It would appear the decay that began at West Point’s Combating Terrorism Center has become systemic within DoD and the Military: intelligence briefings are warning soldiers of the threat posed by Evangelical Christians and Tea Party members.

Too far-fetched to believe?

In my March 2013 article, Expert at West Point Think Tank Warns of the “Violent Far-Right,” I noted:

West Point created the Combating Terrorism Center after the events of 9/11, in an effort to prepare cadets for the new and dangerous environment of suicidal enemies and thwart future attacks.

Dr. Perliger paints those who wish to “restore or preserve values and practices” of our national heritage (could he possibly mean The Constitution?) as extreme and violent.

But this skewed reasoning and tainted theory has metastasized and is now informing the pre-deployment briefings of troops.

Soldiers attending a pre-deployment briefing at Fort Hood say they were told that evangelical Christians and members of the Tea Party were a threat to the nation and that any soldier donating to those groups would be subjected to punishment under the Uniform Code of Military Justice.

A soldier who attended the Oct. 17th briefing told me the counter-intelligence agent in charge of the meeting spent nearly a half hour discussing how evangelical Christians and groups like the American Family Association were “tearing the country apart.”

Michael Berry, an attorney with the Liberty Institute, is advising the soldier and has launched an investigation into the incident.

“The American public should be outraged that the U.S. Army is teaching our troops that evangelical Christians and Tea Party members are enemies of America, and that they can be punished for supporting or participating in those groups,” said Berry, a former Marine Corps JAG officer.

Thus, those brave Troops, tasked with defending our Constitution against all enemies foreign and domestic, are instructed that among those enemies are Christians. The irony of such abhorrent non-sense being taught at Ft. Hood, the site of a deadly Islamist Terrorist attack, is incomprehensible.

Week by week it is becoming ever more clear that something very sinister is stealthily invading, not just our government, but also the Department of Defense.

Remember, the US Army mission is “to fight and win our Nation’s wars by providing prompt, sustained land dominance across the full range of military operations and spectrum of conflict in support of combatant commanders.”

I suggest patriots across America re-examine who exactly those combatant commanders are, and what world-view informs those commanders’ operational tactics.

Be ever vigilant for Socialist wolves in sheep’s clothing, and demand consequences for any who do not name America’s true enemies: Islamist terrorists, NOT Evangelical Christians or Tea Party activists.