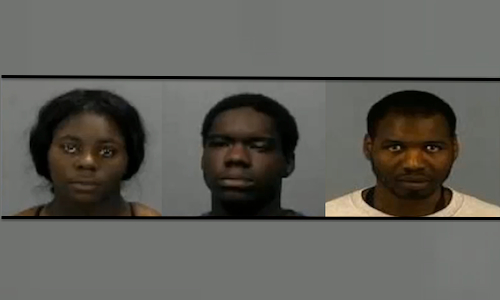 The lily-White, college town of Ann Arbor isn’t suffocating from the choke hold of violent crime like its dark, Michigan siblings, Flint and Detroit.

Even so, this video confirms that the same criminal element (usually native to predominantly Black cities) is present in Ann Arbor.

As reported by Fox Detroit, a 25-year-old bicyclist was hospitalized with serious injuries, ranging from brain hemorrhaging, eye-fractures, and lost teeth, after losing control of his bicycle then falling face-first onto the cement. The cringe-worthy fall wasn’t the result of inclement weather, a faulty bike, or dim street lighting.

Nope, quite simply, it occurred while being chased!

Chased by whom you ask?

Well, to the Grievance Industry’s dismay, the video confirmed that the pursuer wasn’t a “Creepy A** Cracka.”

Rather, it was the usual suspects. Society has become very familiar with these usual suspects’ criminality, and tolerance for them has expired…unless you’re a Liberal.

In fact, it is common knowledge that these usual suspects erode the quality of life wherever they exist. Additionally, they make up a tiny percentage of the national population, yet, astoundingly account for the majority of violent crime.

However, if you’re a Liberal, none of this is true, and the cameras that recorded this upsetting incident are probably racist. But I digress.

Due to the head trauma, the bicyclist was unconsciously laying in a supine position when the Black male suspect walked over and lifted the now damaged bike off the biker’s body, then strutted away with it.

Approximately a minute later, a woman arrived and kneeled by the motionless biker’s body to presumably help. As it turned out, the only help that she provided was to help herself to his pockets. Unsatisfied with the results of her initial opportunistic pocket-rifling, she briefly walked away then returned with a male accomplice and a baby stroller.

Yup, this baby mama inexplicably brought a stroller to the crime scene.

Then, like vultures picking at a carcass, these two scavengers combined forces to rummage the bicyclist’s pockets double-time. They even tilted his limp body for easier pocket access. This imagery of an unconscious person being robbed by persons with no conscience was unsettling.

Fortunately for the cyclist, his physical possessions were taken and not his life.

Franken-crats are the Frankenstein-like, Black zombies created and empowered by Democrat policies. Democrats know that the best way to prevent an all-out, violent, Franken-crat assault on the populace is by continuous pacification via tax-payer subsidized goodies.

The three Franken-crats who ‘Detroited’ the cyclist were charged with felonies. Let’s hope the miscreants pay a painful price for their crime and conscience-devoid actions.