After learning about the Amber Alert system being shutdown to spite abducted children for Congress being unwilling to acquiesce to Obama’s every whim, being my usual smarmy self, I took my snark to Twitter.

I was moved to do so when I found out that Michelle Obama “Let’s Move!” website was still up and running.

After all, in the overall Obama scheme of things, a child having a high BMI is much worse than being kidnapped, raped and murdered by a crazed pedophile.

To which, much to my surprise, WTVC ABC News Channel 9 in Chattanooga, Tennessee quickly retorted by attempting to spank me on social media:

To which I responded:

To which those who have stressed that the Internet is superior to all forms of communication,  replied:

To which I felt led to express the following opinion:

I HAVE received more response from the Obama Defenders of Chattanooga! 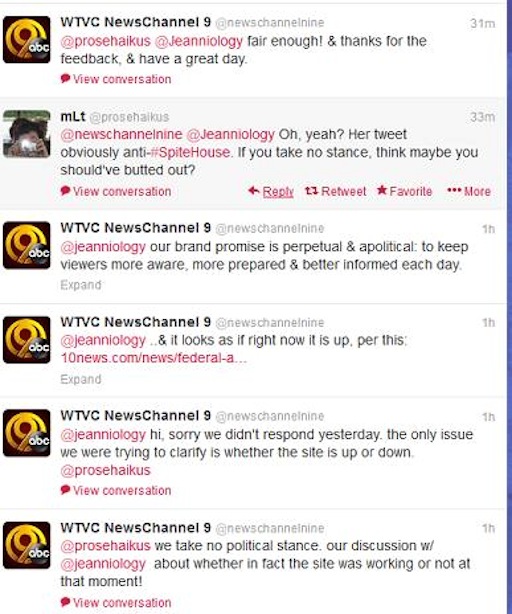 I’m anxiously anticipating hearing how eliminating any form of communication could be justified on behalf of abducted children. As usual, the news outlet claims objectivity. I’ll let readers judge for themselves.

But up to this point, every agency and park shutdown and subsequent MSM coverage highlights the political agenda of the spiteful, immature man known as President Obama.