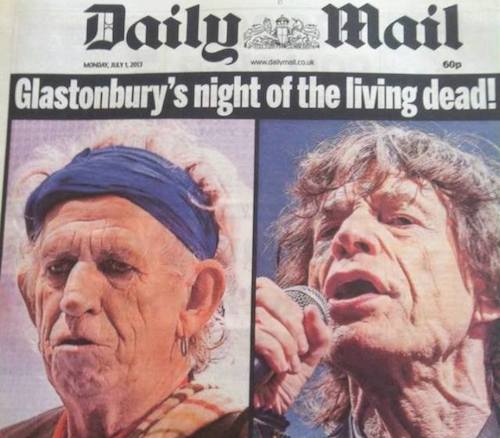 You know the saying, “Washington DC is Hollywood for ugly people.” Well it’s true. Isn’t it time to clean house, before we are left with this…old politicians and old rockers?

These two old rockers may have had it during their day, and they may still have some of it left today. But when is it time to RETIRE?

Jagger and Richards look like “death eating a cracker”–pardon the racial pun.

When is enough enough? How much money does it take to get old white men to hang it up.

These two rockers remind me of Congress, where POWER over people is just too intoxicating to give up, even for the proverbial “all the money in the world.”

Is this the future of RINO John McCain and Lindsay Graham. Old white men who believe they are in touch with US?!

It’s time to clean house, and get some fresh faces who truly want to represent the PEOPLE!