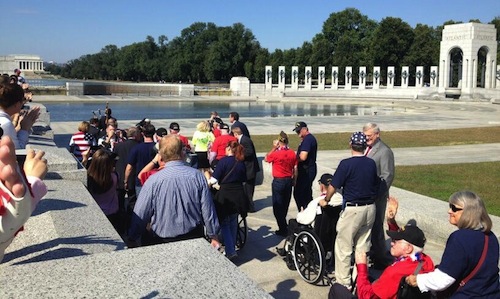 Ever since the threat of government-run health care became a reality and ObamaCare was signed into law in 2010, clear-thinking Americans have been worried about how the legislation would ultimately affect the elderly and infirm.

Sarah Palin called them “death panels” and was mocked for suggesting that when the federal government ran out of money, health care would be rationed, and the elderly, the infirm, and the chronically ill would be the first to be denied.

America ignored it when Obama told Jane Q Publick, aka Jane Sturm, that he would deny her 105-year-old mother, a woman with a joy for life, a pacemaker.  It wasn’t Sarah Palin, but Barack Obama who said that at a certain point, based on their age, old people would be better off with a painkiller.

No American wants to believe that in order to cut down on costs, bureaucrats, never mind the president of the United States, would purposely allow some of us to die.

But for those who observe President Obama’s actions and refuse to compartmentalize his comments, it’s been abundantly clear that this is a man who…