Fuzzy-headed Debbie admits briefly that the rollout was like watching a pig ice-skate. “Sure. It’s unacceptable.”

I can’t imagine what ObamaCare will ultimately cost, if a non-working website cost $654M. Anybody digging into who got THAT contract?

After watching the torching of Kathleen Sebelius by Jon Stewart, Debbie launched into the program being only 8 days old.

The next excuse was the servers.

According to Debbie, the servers were designed for 50,000 a day, and they are getting 250,000 a day. That’s the good news, according the head of the DNC. Note that neither Debbie nor Sebellius is interested in reporting how many people has actually signed up for ObamaCare.

We have the numbers.

Too bad they need at least 7 million healthy youngsters to make ObamaCare even close to viable. Sad news is 7 million doofuses won’t save ObamaCare.

Who wants to go on a plan that will be burdened with everybody who has a pre-existing condition.

The government won’t report the numbers until they have figured out how to (1) fudge the numbers, and (2) rob somebody to cover the deception. 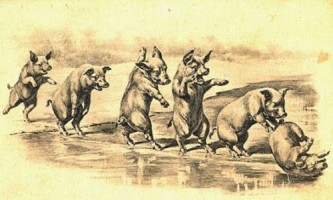