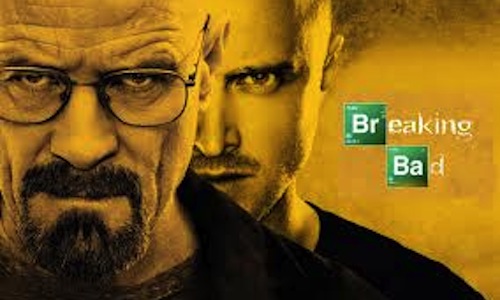 Breaking bad is an analogy if film form of how NOT to treat people and how to turn your life around.

1 – Don’t rip off your partner

Walter White could have avoided cooking meth, had his partners, Elliott and Gretchen Schwartz, treated him fairly.

But those stupid “progressive”vegans ripped him off, which caused Walter to spiral. They were worth billions, yet they offered Walter a pittance for his contribution to their success.

This reminds me of Obama.

He inherited “this mess,” which is the greatest country ever, the greatest civilization ever. And when Obama took over the mess, he gave no credit to all the hard work and efforts of the millions of Americans, past and present, who made this country great.

As in Breaking Bad, Obama will end up giving us some of our money back.

The stupid Liberals crow-barred the healthcare system with lots of illegals and other lazy freeloaders. Consequently, Walter White, who played by the rules could not afford healthcare. Anybody who believes that ObamaCare would have kept Walter from a life of crime is delusional.

Had Walter had access to ObamaCare, he would have just put a gun in him mouth and ended it all.

2 – Don’t be afraid to remake yourself

It could be said that Walter White didn’t really know who he was. He had been living a good life, but it was upended by cancer. He could have led a life of quiet desperation. However, Walter remade himself. Walter became the biggest drug dealer in the country. Remind you of anybody?

Barack Obama didn’t know who he was until somebody told him how to create a fake life. “My father was a goat herder with a PhD from Harvard,” and other nonsense. And just like Walter White, Barack Obama has evolved into the biggest criminal on the planet.

Obama has stolen more money than any man born or dead, and he didn’t earn any of it.

There were many characters who appeared good, including Gustavo Fring, played by Giancarlo Esposito.

Fring owned Los Pollos Hermanos (thanks for the correction) and he was the typical Liberal. He appeared to be helpful in the community, and giving to civic organization. He hid his criminal enterprise by running a legit chicken franchise.

Politicians rely on this. Politicians appear to be amazing people. They dress nice and talk nice, but in fact most are buffoons.

Take Barack Obama. He is a prime example of “articulate and clean” with “no Negro dialect,” but he has less upstairs than a one-story house. Despite what Liberals attempt to sell America about “the smartest president ever,” Obama is in fact anything but smart.

Walter White on the other hand was brilliant. But he takes advantage of what he knew people would think about him. Family man, teacher, and solid citizen. Who would believe Walt to be a drug dealer? Heisenberg equals uncertainty.

4 – When life gives you lemons, squirt somebody in the eye with the juice.

People can’t roll with the punches. Once Walter White learned he had cancer, he took his lemons and started blasting people in the eyes with a super-soaker.

Walter White was mad-competent as a chemist, and he was driven. In the end, his pursuit of excellence is what allowed him to achieve his goal. Oh sure he took a circuitous and, some would say, a wrong path, but he vowed to make sure his family was financially set in the event of his death and he achieved that goal.

Obama says he inherited a mess, aka lemons. This was Obama’s excuse to cover his incompetence. Obama’s goal of destruction of the American way of life and economy was cleverly hidden in his ruse.

Hope you’re wearing your goggles so you can avoid ObamaJuice.

From Todd Alquist, the guy who killed the kid when they were stealing the chemicals needed to keep cooking meth, to the Aryan Brotherhood, pretty much everybody paid a price in Breaking Bad.

Throughout his transformation, Walter White constantly needed somebody else. He needed Jesse to get gear from the school, and ultimately to cook meth. Then he needed Jesse’s friends to help distribute meth. That escalated to Gustavo, Saul (the attorney), and Mike for protection.

As Walt escalated, he turned to the meanest guys…the Aryans.

But when it was time to tidy things up, Walter forced the Schwartzes to provide for his family, then he cleaned up the Aryan mess. That was the first time Walter relied only on himself.

Relying on himself, otherwise known as personal responsibility, was the answer. 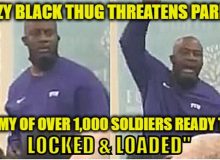