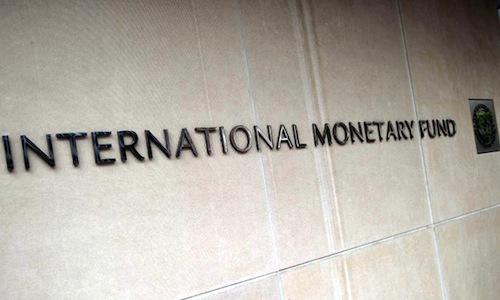 You’d think America’s debt would just be the concern of the American taxpayers. Check out who else is interested.

The policy committee of the International Monetary Fund (IMF), aka the “Lender of Last Resort,” said the United States should take “urgent action” to address the budget impasse that has blocked approval of legislation to increase the government’s borrowing limit before a fast-approaching Thursday deadline.

Like the worthless United Nations, the International Monetary Fund wants America to raise its debt ceiling. Why you ask? Because our country, which the Liberals in America and around the world decry as the scourge of the Earth, is the country who finances the world!

The IMF uses a quota system to determine how much each member country is obligated to contribute. The United States is by far the biggest donor, contributing nearly 18% to the total, followed by Japan with 6.6% and Germany with 6.1%.

Anybody think the United States will get a loan from the IMF if we need it? Let me put it another way. When you loan money to your cousin, Pookie, do you ever think you will be able to ask HIM for a loan? Exactly.

Fast Facts on the IMF