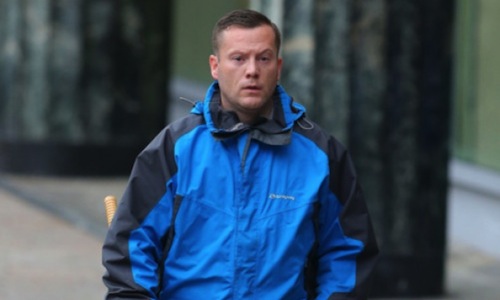 It’s common knowledge that the average man is not thrilled over the prospect of wedding plans. Or big weddings. Or weddings longer than the requisite ’till death do us part and I do.

McArdle had forgotten to book the wedding venue, Liverpool’s St. George’s Hall. Rather than fess up to his fiancée, Amy Williams, 45 minutes prior to the ceremony he phoned in a bomb threat from a nearby phone booth.

The forgetful groom was arrested the same day.

McArdle, 36, was arrested the same day and admitted that he made the call because he had forgotten to fill out the paperwork for the wedding.

“He did say several times how embarrassed and ashamed he was and how sorry he was,” said prosecutor Derek Jones.
A judge at Liverpool Crown Court in northwest England sentenced McArdle to 12 months in jail.

Judge Norman Wright said that McArdle had frightened staff at the venue with his hoax —which came days after the Boston marathon bombings — and let down his fiancee.

“She was getting ready, expecting you were going to be man and wife and a very solemn public event in her life and you knew that was not going to take place,” the judge said.

”You did not say ‘We need to talk.’ You tried to weasel your way out by creating a bomb hoax so the wedding would not take place.”

McArdle and Williams are still engaged, a testament to tough love and forgiveness.

I’m betting that Mr. Neil McArdle will be much less forgetful and much more forthcoming with his betrothed in the future.

Chalk this up to honesty is definitely the best policy, in life and in wedding plans!