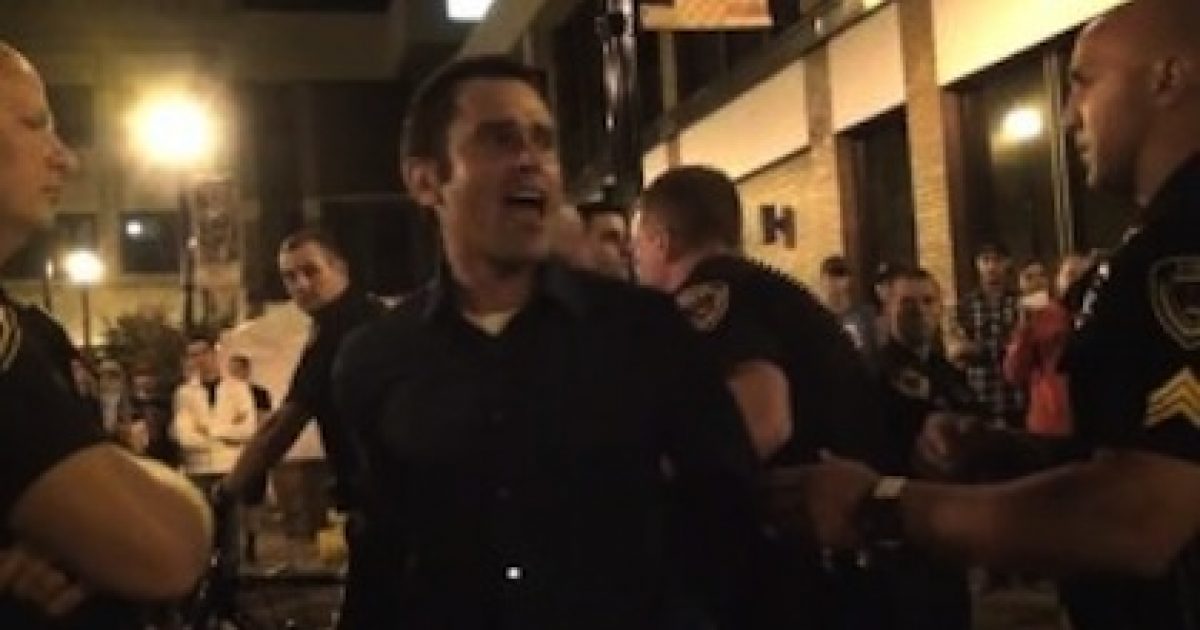 Hard to believe we live in an America that is so efficient that it can beat down freedom of speech and religion at the SAME time!

Welcome to Bizarro World, aka ObamaNation.

Too bad the guys preaching in the town square in Springfield, Missouri were not Muslims. For as Obama said, “There is nothing more beautiful than the Muslim call to worship.”

According to Christian News, Christians can be arrested for publicly professing their religion; no get out of jail free card there. And you can bet they won’t get footbaths and prayer rugs.

The situation is part of an ongoing battle between members of Lighthouse Anabaptist Church and the Springfield Police Department.

“This is coming to a head,” Pastor Aaron Brummitt told Christian News Network on Sunday. “Somebody complains, they write a ticket. They call it a ‘peace disturbance.’”

Brummitt, who was moved by God to reach his country while serving in Afghanistan, has received nine tickets from the Springfield police just this year. However, Brummitt has repeatedly explained to police that the city has affirmed that his activities are permissible under the law.

Do you think somebody is going to save you, say John Boehner or another Republican? The Tea Party and other grass roots stemmed the tide, but can they win?

Not unless they train and adapt to the way of the warrior.

Related: “The Home of the Brave” is No Longer the “Land of the Free”

Kevin Jackson - April 18, 2021
How many 47 year-old people die from the Wuflu? Not many. This particular death is not good for optics. As we learned from Investment Watch,...