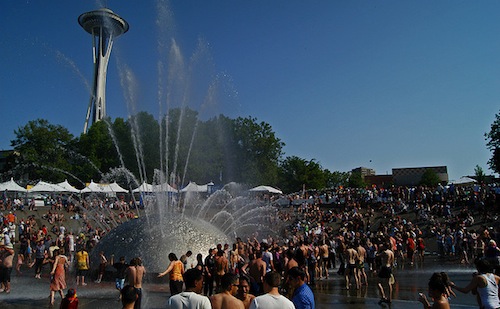 We now know what city is the most gay. The answer might surprise you.

Taking the title away from San Francisco, the new heart of Liberalism, stealing the title of “The Land of Fruits and Nuts” is now Seattle, Washington. And gay people in Seattle are proud of this?

“The coffee is sweet, but the people are sweeter” is one motto I heard kicked around. Ok, I just made that up, but it’s fitting. I’ve heard that Seattle was a Liberal enclave, but I had no idea that Seattle had been so Californicated.

Understand that they study this kind of nonsense.

Back in 2009, Seattle was 2nd in “gaiety”–12.9 percent declared gays–to San Francisco. So either hetero “posers” finally decided to come out, or it was part of Seattle’s master plan to become more gay?

In 2010, Seattle was considered “not so sexy, but gay friendly.”

I’m not sure if the new distinction has improved Seattle’s sexy image, particularly given the rise in Lesbian couples. And as we learned from a previous study, Lesbian women are being targeted by Michelle Obama, due to their problem keeping off the pounds.

Anyway, congratulations for Seattle accomplishing nothing. I will report soon on the most NOT Gay city soon. Anybody know who holds that distinction now? No. I didn’t think so.

The NOT Gay have a lot more to think about than sexuality.