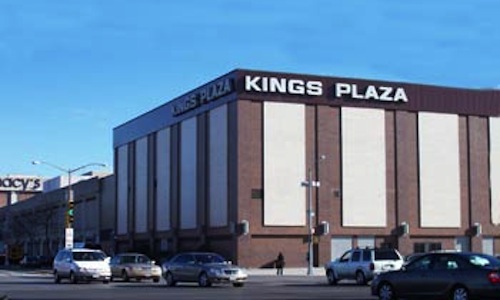 The Skittles brigade strikes again — this time in Brooklyn, NY.

The confrontation began when Ronald Russo, who is White, was driving with his wife, Alanna, and audaciously beeped at a pack of Black jaywalking juveniles.

Evidently, Russo was unaware that these weren’t typical teenagers. These youngins proudly wear defiance on their sleeves and intentionally disregard the laws that govern civilized society.

After they repeatedly kicked his car, Russo quickly learned the rules of engagement.

When Mr. Russo exited the vehicle to inspect for damage, the teens surrounded the car and, according to nydailynews.com, started yelling, “Get those crackers,” and “Get that white whore!”

When Mrs. Russo attempted to call the police, a 12-year-old female pack member yanked the woman’s hair and threw her onto the cement. Mrs. Russo’s head hit the concrete and she sustained a black eye, hemorrhaging, and breathing difficulties.

Throughout this brazenly violent incident, epithets such as “White motherf*cker,” were thrown at the couple.

Following the attack, the juvenile delinquents scattered. The police only managed to arrest four of them, including the 12-year-old girl. They are still searching for the other six suspects.

Interestingly, one of the teens in custody, 17-year-old Daehrell Finch (who has prior arrests), was charged with assault, harassment, menacing, gang assault, but not a hate-crime.

Welcome to the new normal, where blatant hate crimes struggle to be labeled as such…unless the victim is a minority.

Read more about the war that a criminal subculture within the Black community has waged against America with the full endorsement of the Oval Office/DoJ  here.