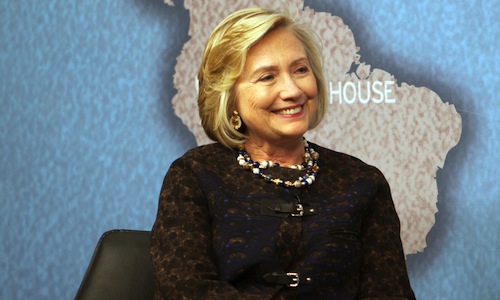 Hillary “Leave Four Men Behind” Clinton trots out the Obama meme of “Blame Bush,” while at London’s Chatham House.

Hillary Clinton has been awarded this year’s Chatham House Prize in recognition of her significant and impressive contribution to international diplomacy as US Secretary of State and her work on behalf of gender equality and opportunities for women and girls.

Holy Cow these people are delusional.

The woman who gave the Russians the “easy button,” to Arab Spring, and she wants to blame Bush!

The foreign policy of America is chaotic, to put it nicely. I’d like Hillary Clinton to point to a single success story for which she can take credit. I’m guessing she will soon begin saying that she killed Osama bin Laden.