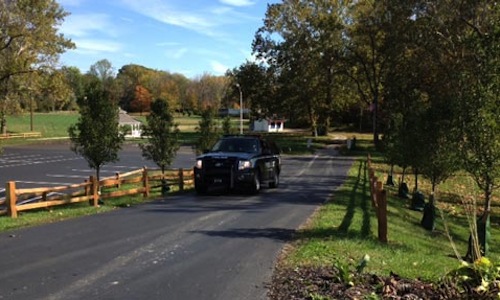 Meet 55-year-old Jane Juergens, who friends say was an optimistic, friendly, and bubbly person that “cared a great deal about others.”

Now, meet her polar opposite… 16-year-old Jordan Stewart, who according to a Juvenile Court case review, “admits to having ongoing thoughts of violence toward others.”

In Hollywood movies, whenever altruistic Whites cross paths with “at-risk” Black youths, movies such as the Blind Side are produced.

However, in real life, these Black youths typically bite the charitable hand that feeds them.

Business owner Jane Juergens didn’t know Jordan Stewart when she crossed paths with him while jogging on a park trail that was close to her residence and his group home. Even so, he undoubtedly benefited from her tax-dollars because he was a ward of the state.

Regardless, her taxpaying status did not prevent Stewart from making her the umpteenth victim of Black-on-White murder since the Trayvon-Zimmerman reality show ended.

And like the other Black-on-White violent incidents, specifically homicides, there will be no national news coverage, DoJ investigation, nor Obama comparing the White victim to a hypothetical relative.

Don’t hold your breath waiting for him to emote, “If I had a sister, she’d look like Jane Juergens.”

The Columbus Dispatch picks up the story:

According to a search warrant filed in Franklin County Municipal Court, Juergens’ body was found by township police officers after Willy Mutai, a staff member at the group home, called police shortly after 6 p.m. Sunday, to say Stewart was acting suspiciously.

After about 20 minutes, Mutai said, he went to find Stewart, and met him as he ran out of the woods. He said that Stewart had scratches on him and a bruise under his eye. He told Mutai that he had tripped and fallen.

Mutai told police that when the three returned to the group home, Stewart was crying. He then took a shower and changed clothes.

After talking with Mutai, police went back to the park and saw the woman’s car still in the parking lot. Several officers began searching the trail and eventually followed blood to her body.

Jane was stabbed to death.

Stewart, who has a history of violent crime dating back to age eleven, was charged with a delinquency count of murder. The Prosecutors have filed a motion asking for the murder charge against Stewart to be transferred to adult court.

Read more about the war waged against America by a criminal subculture within the Black community here.