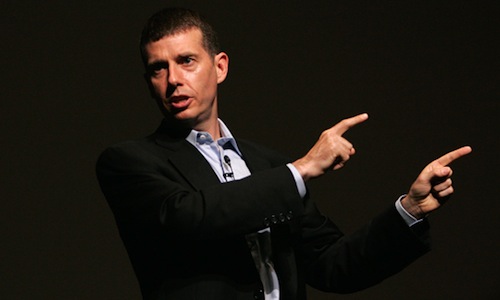 Sure, Harry Reid called Tea Party folks “anarchists,” but he seemed to like anarchists when he’s dealing with the Occupy Wall Street folks, so we can’t be sure he means that as invective.

Nancy Pelosi calls us “arsonists,” but she’s a liberal and arsonists are common criminals. When a liberal calls you a “criminal,” it means she thinks you’re a victim of society as well as a key constituent demographic. In other words, she definitely meant it as a compliment.

Lots of the interchangeable WaPo/NYT types have labeled conservatives with various permutations of the word “crazy,” per the memo. The drooling shut-ins who still watch the network news have heard nothing but how conservatives are mindless extremists between the Cialis commercials.

But, finally, someone has pointed out the elephant in the room – that the elephant party, with the exception of a few visionary submissives who can be relied upon to do their duty to facilitate progressivism, is composed of traitors.

After all, what should happen to traitors? Not so-called “traitors” like Hanoi Jane Fonda, who actually went to an enemy country and cavorted with its military as Americans were tortured down the street. She’s cool. Remember – dissent is the highest form of patriotism if there’s a Republican in office.

No, I mean real traitors…

Kurt Schlichter (Twitter: @KurtSchlichter) has been published in the New York Post, Washington Examiner, Los Angeles Times, Washington Times and elsewhere. He was personally recruited by Andrew Breitbart and since 2009 his work has been frequently published on the Breitbart.com web sites.

Kurt is a successful California trial lawyer and a former stand-up comic. A veteran of Desert Storm and Kosovo, he rose to the rank of colonel (Infantry), commanded a cavalry squadron, and is a graduate of the United States Army War College, where he received a master of Strategic Studies degree.