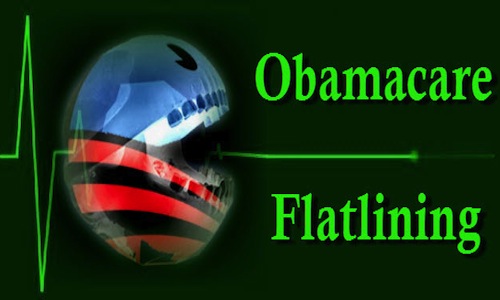 Liberals are unbelievably cocky these days, and they are about to get slapped into the next century in the 2014 elections.

I want to go on record as saying that the Left will get their treacherous, treasonous, asses kicked in the next election cycle, and they will have ObamaCare to thank for it.

Aside from cheating, the Left has NO chance of winning the House, and might even lose the Senate. Despite Liberals stirring up chaos, there are so many good indicators pointing toward Republican wins. By now we were supposed to be so inundated in issues and unable to see straight. Admittedly, it’s been daunting. But Conservatives still standing. The Left have created scandals, and dared us to challenge them. The Progressives legislative flood would have made Noah rethink the arc.

I attended a prestigious political event, and the Democrats in attendance were “old Democrat central.” I thought Republicans were the party of “old out of touch white people. You ain’t seen NOTHIN’ yet! The Republicans have nothing on these old-school, Lefty fools.

The people running the Democrat Party are the most vile racist old white people in America. They are rich and quite frankly, evil.

Dems have completely misconstrued what’s happening in America, and it’s just a matter of time before their base learns more about them and ultimately revolts. I heard on old white Leftist man speak of the “good old days” of Democrat rule, civility, and so on. He thinks like an old school Liberal who believes that people can not wake up, while demonizing a group that woke up: the Tea Party.

These people don’t believe that people can be awakened, and in some cases they believe that the people–particularly minorities–are too stupid to become aware of the game.

Further, the Left are living in the afterglow of 2008, and believe that Obama’s win in 2012 is legit. As Obama’s poll numbers become more and more indicative of how people feel about the state of the union, the Left remain oblivious. They are still talking about social media and all the technical mechanics of campaigns, and how they did it in 2008. They have wholly ignored the fact that most of the social media numbers are trumped up, and that social media will have quite the opposite impact in the future as people begin more personalization. People will hone their ability to filter, and many will completely block out the messages from the Left.

The biggest and most obvious thing the Left underestimates is the hearts of Conservatives. While the Coffee Party and Occupy Wall Street have disappeared, the Tea Party remains mainstream and impactful.

First, the 2014 elections will be a Liberal beatdown of monumental proportions, even more so than the election of 2010. Second, the Tea Party moniker will not be a dirty word in the next couple of election cycles. The Left has put all its eggs in Obama’s basket, and we are seeing the first real indicator of cracked eggs. Don’t believe me — just keep watching Obama’s approval ratings. ObamaCare repudiation will validate the Tea Party, and once again do what the Republicans could not: Stop Obama.