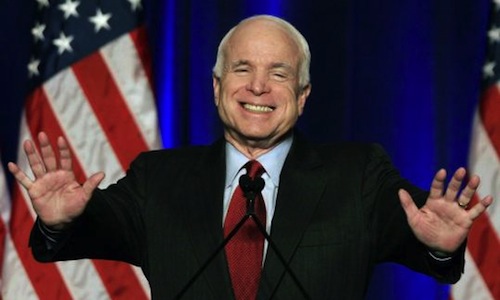 McCain is another career politician who has faked his way to a cushy and very powerful job.

He has now served more time in politics than he did the military.

I don’t know who said this of McCain, but it supposedly came from Newsmax (this is unverified):

“I flew with this joker in the U.S. Navy. He was too dumb to stay in the Naval Academy and he also flunked out of flight training several times.

In each case, he was bailed out by his daddy, an admiral, who ORDERED his superiors to retain little Johnny. When he finally joined us on the USS Oriskany, he was still too dumb to fly and got himself shot down in short order. McCain is too stupid to realize how stupid he is.”

I could certainly imagine this being true of McCain. He does not make smart moves. McCain shows all the signs of somebody fueled by the power of politics.

Most guys with a trophy wife (at least she was, when she married him) would be chasing her around the house butt naked, daily. And then there is all that money.

The guy owns more houses than all the Negroes in Compton, and yet he prefers to stay in DC. Apparently  McCain believes he would be nothing without the senate. I agree!

Back in May McCain hinted at retirement:

“The president and I, he’s in his last term, I’m probably in mine, the relationship we have had over the past three years is quite good,” McCain told The Wrap in an interview. “Quite good.”

The 77-year-old’s current term is up in 2016. When asked if this would really be his last term, McCain backtracked a bit.

“Nah, I don’t know,” McCain said. “I was trying to make a point. I have to decide in about two years so I don’t have to make a decision. I don’t want to be one of these old guys that should’ve shoved off.”

McCain CAN make a decision. The man will be 80 at the time of 2016 election. Retire already. Odds are, unless McCain loses in the next election, he will likely die in the Senate.

What makes these old “moderate” (Leftist) farts believe they are coherent or relevant?

McCain shows signs of dementia every time he opens his mouth, and quite frankly it’s embarrassing that he calls himself a Republican. McCain should realize by now that the media only showcases him to ridicule Republicans. Yet McCain is delusional enough to believe anybody cares what he thinks.

America is long past its need for a John McCain: he needs to stop embarrassing himself, show leadership and retire. 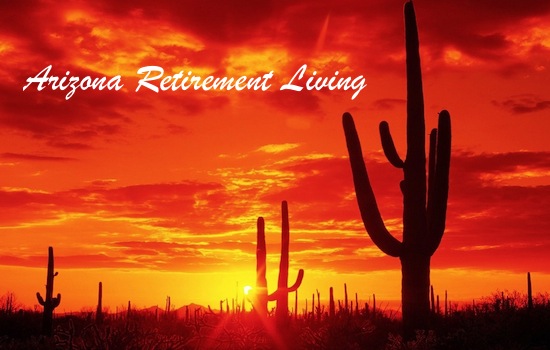