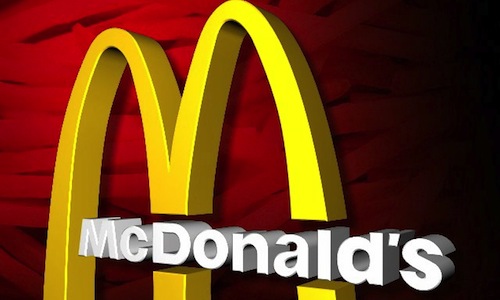 Two weeks ago, I was sent a video of a Hispanic woman interrupting a speech by Jeff Stratton, president of McDonald’s USA.

He was giving a speech at the Union League Club of Chicago.

Nancy Salgado, the Hispanic woman in question, became Exhibit A for what’s gone wrong in today’s workforce: rudeness and what the Bible calls slothfulness.

Salgado is a 26-year-old cashier at a McDonald’s in Chicago.  She has two children out of wedlock and earns $8.25 an hour for working 30 to 40 hours a week.  She has worked for McDonald’s since she was 16 and claims, without offering any documentation, that she has never received a raise in her decade of working at Mickey D’s.

My two kids are struggling because you can’t raise our minimum wage. I don’t believe that’s fair. What do you have to say?”

If I had been in the audience, I would have gladly answered for Stratton.