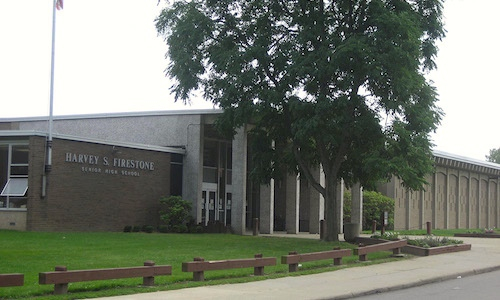 An Akron, Ohio music teacher at a 52% Black high school was suspended after posting Facebook comments condemning the criminal behavior of certain “ghetto” trick-or-treaters that annually migrate to his neighborhood.

David Spondike, who has been teaching in the district since 1998, had stark words for this year’s Halloween visitors.

The initial post read: “I don’t mind if you come from the ghetto to trick or treat. But when you whip out your teeny [genitalia] and [urinate] on the telephone pole in front of my front yard and a bunch of preschoolers and toddlers, you can take your [N-word] ass back where it came from. I don’t have anything against anyone of color, but [racial slur] stay out.”

He then says he “welcomes people who come from dangerous neighborhoods to mine, so their children can safely trick or treat. I feel sorry that they feel they need to do so, but they have been coming here for years.”

But Spondike then cautions against people who come to his neighborhood and act unruly.

“Your [sic] are a CRIMINAL and are not welcome in my neighborhood and you should not be welcome in your own! THAT IS WHY YOU HAVE COME TO MINE TO TRICK OR TREAT. Do not treat my neighborhood like you do your own. I HAVE THE RIGHT NOT TO BE LIKE YOU.”

Spondike further posts that he hears “that [racial slur] word more than 25 times a day in a public school, where it is used thousands of times every day by black people.”

Spondike then engages other Facebook users while he defends and explains his posts. “I wish Firestone High School, and I am sure at other schools would stop openly and unabashedly using the word [racial slur],” he wrote.

“Racism is racism and to allow one race to use [a] word and not another IS racist. What I said was absolutely NOT racist by any stretch of the imagination.”

He continued in other posts.

The school district became aware of Spondike’s comments after they were anonymously emailed to the local media.

Despite the fact that the ‘N-word’ is used with impunity by Blacks, and his ‘N-word’ comment was directed at a specific juvenile whose behavior was truly indicative  of a (N)egro (I)ndividual (G)enerating (G)rief (E)verywhere (R)outinely, Mr. Spondike will still be sacrificed on the altar of political correctness.

His forthcoming apology and decade and a half service in the school district will not save him. Meanwhile, the unruly kid that committed this despicable act is viewed as the victim.

One good teacher was attempting to protect children in his neighborhood from indecent and criminal behavior. Sadly, the PC gods are ensuring that America has one foot in the grave and the other on a banana peeling.