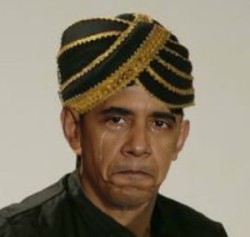 In order to advance his agenda, Barack Obama has become the sultan of sob stories.

For every unpopular policy he endeavors to impose, the president has busloads of individuals to fit for the occasion.

To address that issue, he has mentioned and put on display shooting survivor, and former Arizona congresswoman, Gabby “deserves a vote” Giffords many times.

Mr. Obama has spoken at prayer memorials, exploited the grieving families of the Sandy Hook victims, and given seats of honor at the State of the Union speech to slain Chicago teen Hadiya Pendleton’s parents, Cleo and Nat.  The president has read letters from terrified, albeit amazingly articulate, school children convinced that without drastic gun control measures they’ll be gunned down in school.

The Sultan of Sob even went so far as to assume symbolic parenthood of shooting victim Trayvon Martin.

For immigration reform, we now know all about DREAM actors, those fresh-faced illegal immigrants that any American would be proud to see marry their son or daughter.