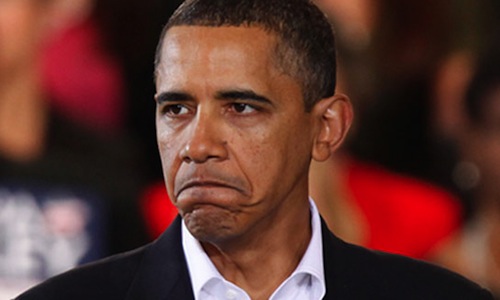 Despite the fact that I’m black, most Leftists are calling me a racist. And what is more pathetic is, they have called my friend Joe the Plumber a racist for re-posting the article.

It should come as no surprise that most of the ignoramuses who commented about the article only read the title  — or had somebody read the title to them. And in the case of the HuffPo, which called Joe the Plumber a racist, they didn’t even bother to check the substance of the article.

The gist of the article is that, if America had a white Republican president, everybody would be free to criticize him without fear of being called a racist.

Apparently not. God forbid Obama should have to actually deal with life like a mature adult.

White Republican presidents need no such protection. Blacks disagreed with Bush and many wanted him to fail. Were they deemed racists? Of course not. Even for the blacks who are racists, people just chalked their criticism up to a difference in ideologies.

I made the following comment recently to a panel of distinguished Democrats at a prestigious institution:

“Can you name me ONE thing that black Liberals are called by black conservatives?”

Answer by one of the panelists:

That’s the best that fraud could do.

Meddling Progressives believe they need to protect a man who volunteered to be the Chief Executive of the United States. The people asking for answers are not some Democrat-sanctioned, neo-Nazi fringe group like the KKK…or the Tea Party-mimicking Coffee Party, with membership of less than 500.

Rather, the Tea Party is comprised of approximately 50 million+ responsible, taxpaying, patriotic America-loving, law-abiding citizens. The Tea Party—stockholders in America—have a right to ask questions of the Commander-In-Chief without being called racists.

Bob Johnson, the CEO of BET, could handle stockholder criticism without crying racism, particularly if BET were failing as miserably as the American economy.

Oprah Winfrey’s corporation has white stockholders. I’m sure some of them question her wisdom in leaving her daytime talk show gig, and promptly losing over $100M of their money. Are they racists?

If Obama were the CEO of a private-sector company, his actions would at the very least get him drug-tested. – Kevin Jackson

And that’s why today I’m pledging to cut the deficit we inherited in half by the end of my first term in office.  This will not be easy.  It will require us to make difficult decisions and face challenges we’ve long neglected.  But I refuse to leave our children with a debt that they cannot repay — and that means taking responsibility right now, in this administration, for getting our spending under control.

However, that man will have more than doubled the national debt before the end of his second term.

The man who called a white Republican president unpatriotic to run up a debt of $9T, will have amassed a debt of $20T+ by the end of his tenure, yet there were no calls of racism when Obama said this of Bush.

Shouldn’t America’s black chief executive be held to the same standards as others? Or is it ok to treat Obama worse than you would treat a child?

At least children are taught lessons and consequences. Liberals won’t allow Obama to learn from mistakes.

In fact, the Left continue to encourage his mistakes, because they don’t want to appear to be racist. It’s an elaborate system of cover-up. The irony being, the cover-up emphasizes their racism: the racism of low expectations, and their incessant need to coddle blacks…for profit.

Obama represents Frankenstein’s monster of Liberalism, an experiment gone bad. The monster unfortunately has been unleashed on America.