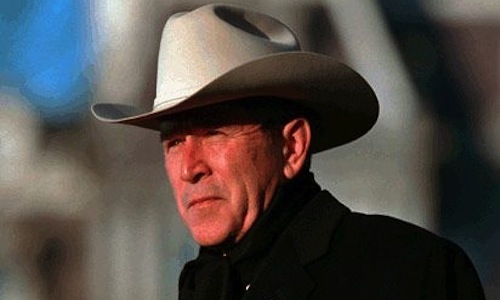 The easiest way to crush a Liberal in an argument about Obama is to ask, “What would you say if Bush had done it?”

In the case of ObamaCare, the lesson might be the most poignant.

I found these questions on a discussion board, and decided this time, it was worth the comparison: if ObamaCare were BushCare what would the repercussions and responses be?

So ask yourself these questions, and then question if ObamaCare would be deader than disco.

1. If Republican George Bush made it mandatory that every American buy health insurance.

3. If Bush said he would employ the IRS to collect the fine from you for non-conformance.

4. If Bush took the “public option” out of the bill, in order to please the private health insurance companies.

5. If Bush created a health care plan where the average cost was $328 dollars a month.

6. If Bush totally ignored all of the polls that said most Americans were against the health care bill.

7. If during the first 2 weeks of Bush’s health care plan rollout, the website crashed and hardly anybody could sign up.

8. If Bush gave Corporate America a one-year delay joining, but refused to do the same for poor people.

If George Bush did these things, he’d be the most unpopular president in history, especially among blacks.

Right Report
FDR The Most Bigoted POTUS In Modern U.S. History
The Lid