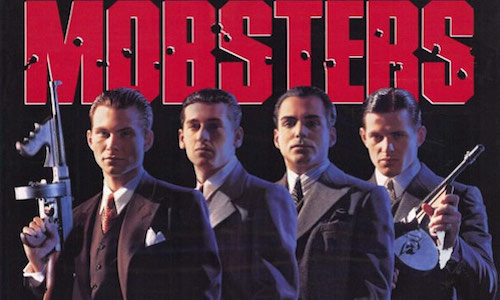 ObamaCare is equivalent to dating a mobster: you know you are getting a bad boy and the relationship will end ugly.

The proponents of ObamaCare claim it will ultimately provide 30 million people insurance. Instead, it’s kicking about 14 million people OFF their existing insurance. The government won’t even tell us how many have signed up, and for obvious reasons: the number is embarrassingly small. Where is ACORN when you need them?

If the number were good, Obama et al would be spiking the football.

For all that ObamaCare is touted (fraudulently) to do, it does none of it, and I haven’t heard a single mention of how ObamaCare will address waste and fraud in the healthcare system. That’s because it won’t.

According to this report, 8 to 10 percent of money spent in Medicare is spent on fraud. And this CBS report asserts Medicare fraud accounts for $60 billion annually, or $2000 annually for the 30 million people Obama says are not covered.

In other words, the fraud alone is enough to insure those people without a single change in the healthcare system.

ObamaCare in no way addresses either of these system failures, and in fact will only compound the problems. Consider that ObamaCare has already wasted $678 million on a WEBSITE THAT DOESN’T WORK!

Still, Obama and cronies want to convince you that ObamaCare will cure all ills.

As with Medicare, doctors will try to find ways to recover funds that they are losing due to the rate changes. And along with the physicians will be the shysters, as reported by The Examiner:

A licensed psychiatrist, Dr. Mikhail L. Presman, working for the U.S. Department of Veterans Affairs (VA), pleaded guilty to health care fraud. He admitted that he falsely billed Medicare for home medical treatment to Medicare beneficiaries and he agreed to forfeit more than $1.2 million in illegal profits.

According to court documents, from Jan. 1, 2006, through May 10, 2013, the 55-year-old Presman made about $4 million worth of Medicare claims for home treatment of Medicare beneficiaries in spite of his full-time, salaried position as a psychiatrist at the VA hospital in Brooklyn. N.Y.

Government wants you to believe it’s altruistic and has your best interests in mind. But government knocks you up, and after the kid is born, gets a mistress. It sets her up in the apartment around the block, and starts staying out all night.

Soon, you are the frumpy housewife, so dependent on government, you’re willing to endure anything. Fahget about it.