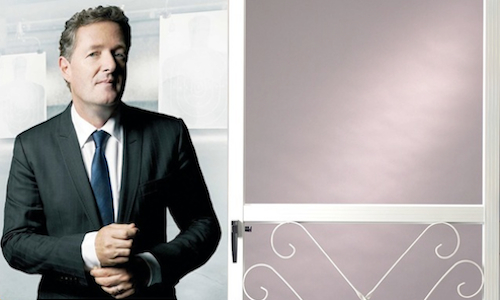 In what should come as no surprise, Piers Morgan will soon be demoted at CNN.

The one trick pony of gun control couldn’t pull enough of an audience to host a Super Bowl party, and soon he may be forced to see if Al Jazeera is hiring.

Oh wait…maybe Oprah’s “Liberal Has Been” network will bring him on…that is if she weren’t going broke from her biased programming.

What’s so sad is that Piers Morgan will be replaced at 9 PM ET by outgoing ABC “Nightline” anchor, Bill Weir. Note the word “outgoing,” as these Leftist failures just recycle the “talent” in hopes that ratings will improve.

Word is Weir will join CNN as an anchor and “chief innovation correspondent.”

Innovation connected with Liberal media is truly an oxymoron.

Fox News has the easiest job in media: watching the Liberal media implode.

No offense to Roger Ailes, but it’s not genius to simply watch the Liberal media fail. And if Fox News continues operating as it does, I predict a Napster will soon eat into its ratings, likely coming from the grassroots media.

People want to know if the media will ever become balanced. It IS balanced.

Every time one of these far left correspondents ends up on the “I Never See You Again” Network, the America gets more News and media balance.