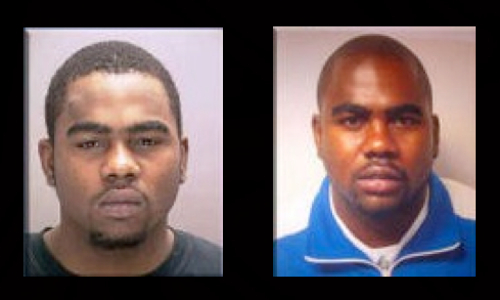 The Germantown section of Philadelphia, Pennsylvania, has some of the country’s best-maintained historic landmarks, districts, cobblestone streets, and buildings from the colonial era.

Many of these structures, including the home where George Washington stayed to escape Yellow Fever, remain open to the public. Germantown is also the birthplace of America’s anti-slavery movement and home to the first bank of the United States.

What does all this wonderful Germantown history mean to the average Germantown citizen?

Nothing. Today’s Germantown is a shadow of its former self and has a victimization rate that rivals small cities.

The following story is yet another occurrence that illustrates why today’s Germantown desperately needs the German Quakers and Mennonites to return.

“The 33-year-old victim was walking east on Seymour towards Wayne, and the suspect on the corner store appears to look down the street as the complainant approaches, police said.

When the blind victim gets to the suspect, the unidentified man strikes him and knocks him to the ground, then proceeds to kick and stomp on him, causing injuries to his face and head as he lay helpless on the ground, police said.

After the assault, the suspect picked up a dark-colored backpack and walked away south on Wayne.

The surveillance video shows one person standing on the corner, watching the assault, while another continues to cross the street. At least one car drives by the beaten man on the ground.”

The police surveillance camera that captured this disturbing incident is strategically mounted on a utility pole (in plain sight) to serve as a deterrent in this high crime area.

Even so, the urban terrorist wasn’t deterred (like the many urban terrorists before him and those following after). He brutally assaulted the blind man in broad daylight knowing that no one would intercede.

Undoubtedly, the bleeding hearts will blame the blind man’s lack of sight for the attacker’s lack of morality. The Leftists’ twisted logic consistently paints perpetrators as the real victims.

This heinous attack was troublesome on many levels, including the obvious disconnect of the witnesses. Apparently, coming to the aide of others, especially society’s most vulnerable, isn’t proper hood etiquette.

In retrospect, when it comes to combatting urban terrorism, these witnesses’ cowardly actions exemplify the Black community’s shortcomings.

The victim’s sole handicap was blindness.

Whereas, the Black community’s handicap is three fold: we are deaf, dumb, and blind. In other words, whenever evil manifests, we see no evil, hear no evil, and speak no evil. As a result, urban terrorists have a monopoly on Black neighborhoods across America.

On the other hand, had this perpetrator been White or dare I say…”White-Hispanic”, it doesn’t take any stretch of the imagination to know how differently this story would’ve concluded. Unquestionably, Al Sharpton would’ve jetted to the crime scene and personally shaken the hand of every mob member for performing his or her racial duty against evil Whitey.

History recounts that on October 4, 1777, the colonials attacked British units that were housed in Germantown and ‘The Battle of Germantown’ ensued.

Understandably, history won’t remember the modern day battle that’s occurring in Germantown because it’s not against the Redcoats…it’s against the hoodies.