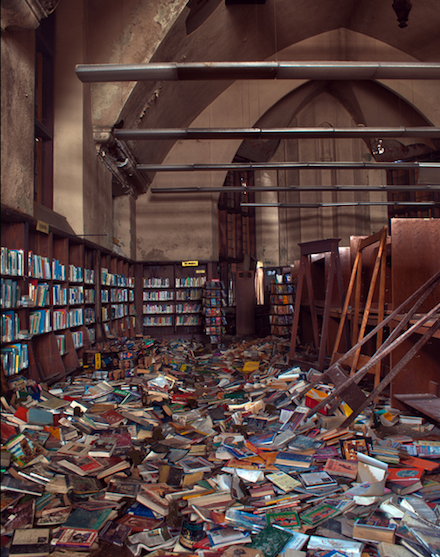 There is a positive about progressivism: when libraries get looted, they don’t steal the books.

Mark Twain Library in Detroit is a testament to the state of Liberalism in America.

If the library were a Best Buy, there would be nothing left.

Look at all that is lost, because this city has been overrun by Leftist bureaucrats who have robbed the treasury, and created an environment where laziness is rewarded.

As an author, it’s sickening to see the literary works of so many people left as rubble.

Look at the architecture of this amazing building, that is now in shambles.

Liberals have no shame.