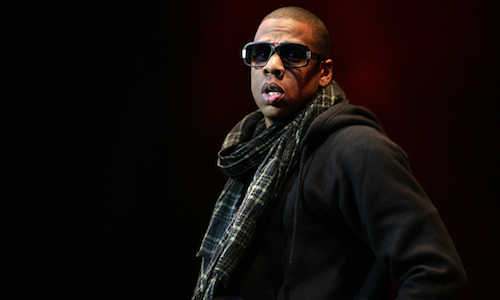 It didn’t take long for America’s newest rapper-turned-race-baiter, Che-Z to chime in on the Barney’s story.

Che-Z has a FAT deal with the retailer, so he may now have to choose between Barney’s money or race-baiting money.

In case you missed it, Barney’s asked a 19-year old black kid to prove that his credit card was his, and detained him until they sorted it out. After all was said and done, the cops and Barney’s apologized for their diligence in carding the kid.

Barney’s found it suspicious that the 19-year old was buying a $395 belt, and thought the card might not be his.

The political ramifications growing, rapper Che-Z ended his silence on the story, according to the NY Daily News:

Facing a backlash over his links to the under-fire department store, the superstar rapper insisted Saturday that he has remained silent until now because he’s  been “waiting on facts and the outcome of a meeting between community leaders and Barneys.”

“I am against discrimination of any kind, but if I make snap judgments, no matter who it’s towards, aren’t I committing the same sin as someone who profiles?” Jay Z said in a statement. “I am no stranger to being profiled and I truly empathize with anyone that has been put in that position. Hopefully this brings forth a dialogue to effect real change.”

Che-Z is profound to say the least. I suspect that Che-Z hasn’t had any experience with profiling for some time, unless fans fawning over him counts. I’d like to know when was the last time profiling negatively affected the man who says [pp], “…just my presence is charity.”

We will soon find out if Che-Z is about the money or about race-baiting.