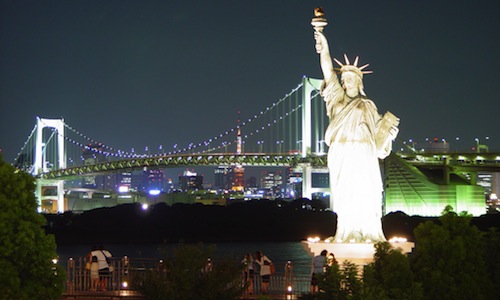 The title is “Cockroaches have neighborhoods, too.” I actually thought National Geographic had taken to writing satire about Liberals.

But the story was about roaches. Or was it?

Cockroaches Have Neighborhoods, Too

Move over, Sharks and Jets. New Yawk’s next turf rumble could pit roach against roach.

According to an ongoing study called the National Cockroach Project, the roaches of three NYC neighborhoods—the Upper West Side, the Upper East Side, and Roosevelt Island—are genetically distinct…each group tends to stay in its own neighborhood.

And, since American cockroaches originated overseas, these urban insects can also claim immigrants as ancestors.

Think about NYC. How the cockroaches stay in Burroughs, so you have Brooklyn roaches, Queens roaches, all the way to upper crust Manhattan roaches.

You’re saying roaches don’t deserve the bad rap they get?

I mean, I don’t like seeing them crawling across my floor. They can track things in—they’re sort of like houseflies in that way.