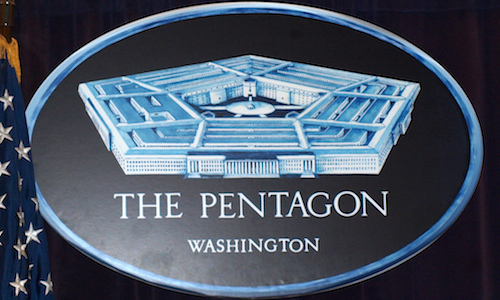 Last week’s victory should hearten Americans and should be a watermark of a week in the long war when we flyover folks began to wake up and remained awake. When America and Liberty heard the resounding cry of freedom shouted and echoing throughout.

Thanks to new media sounding the alert, patriots across the nation awoke and let their voices be heard in a mighty way: such briefings were ludicrous and wholly unacceptable.

Adding to the incredulous content of the briefings was the history of the venue. In my May 28 article I wrote:

On November 5, 2009, Hasan massacred 13 and wounded more than 32 U.S. soldiers at Fort Hood while screaming “Allahu Akbar,” or “Allah is greatest.”

And concluded the piece:

The massacre at Fort Hood confirms that The Global War on Terror continues, despite the President’s pathetic inability to even say the words: we must have the will to win in spite of Obama, AG Holder and their ilk who bow to the Islamist fanatics.

But rather than call out Islamist terrorists as the avowed enemies of the United States, high-ranking appointments within the DoD have propagated a tainted theory labeling Christians and Tea Party members as the extremists.

Contrary to all evidence, sympathizers of the Muslim Brotherhood and other extreme Muslim groups who hold positions of power within Obama’s Administration and the Department of Defense, routinely name Christians as a threat.

The Secretary of the Army has ordered military leaders to halt all briefings on extremist organizations that labeled Evangelical Christian groups as domestic hate groups. The shutdown comes just four days after I reported exclusively about a briefing at Mississippi’s Camp Shelby that labeled the American Family Association as a domestic hate group.

“On several occasions over the past few months, media accounts have highlighted instances of Army instructors supplementing programs of instruction and including information or material that is inaccurate, objectionable and otherwise inconsistent with current Army policy,” Army Sec. John McHugh wrote to military leaders in a memorandum I obtained.

McHugh “directed that Army leaders cease all briefings, command presentations or training on the subject of extremist organizations or activities until that program of instruction and training has been created and disseminated,” Army spokesman Col. David Patterson, Jr., tells me.

This means that the actions of Americans CAN make a difference and CAN halt, or at least slow the rate, of takeover by the elitist Left and their appointments at high levels in the Department of Defense.

As one active-duty buddy of mine tweeted re the Sec Army order:

“Just to stem the tide, and ensure that you all realize how effing powerful we are!”

Does this mean we’ve won the war on values and our Constitution in America? Not in the least.

What this Sec Army order vividly demonstrates is the might power and synergy of millions of Americans, alert and making their objections known. This was but 1 victory in a long, long war. But it was a victory, nonetheless.

Americans, outraged by the defamation of millions of people of faith across this land, roused from our day-in and day-out lethargy of trying to make ends meet and clearly saw the bigger picture.

This is a long game folks. We must be vigilant and we must engage the Progressives and Socialists who wish to silence Christians and remake America in the image of Europe.

The founders understood our forebears fled religious and economic persecution in Europe for a life of faith and liberty on America’s shores. America is exceptional because she was founded as a Republic based on the rule of law, not ruled by a King or tyrant.

The Army issued a statement refuting the claims made and photographed in the briefing after it was reported in my column.

The Camp Shelby briefing was one of a number of incidents on Army bases around the nation where soldiers were instructed that groups like the American Family Association and Family Research Council should be considered domestic hate groups because of their support for traditional marriage.

Last week soldiers at Fort Hood were warned that participating in or donating money to evangelical Christian groups or Tea Party groups could result in military punishment.

And last May an Army Reserve training brief listed Catholics and Evangelical Christians as examples of religious extremism. That incident prompted 34 members of Congress to raise objections.

This past week, for a few hours, the citizens of this great nation turned the tables on the Beltway Left and liberty triumphed over tyranny.

But as Winston Churchill admonished:

Again, last week’s victory should hearten Americans and should be a watermark of a week in the long war when we flyover folks began to wake up and remained awake. When America and Liberty heard the resounding cry of freedom shouted and echoing throughout.