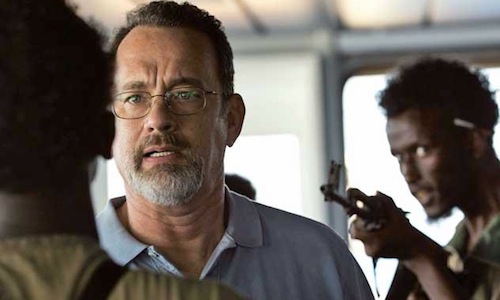 Tom Hanks is in another movie that I’d like to see, but won’t.

Hanks has the starring role in the movie Captain Phillips, where “Obama” kills the Somalis who hijacked the commercial vessel. I haven’t seen the trailer, but I’m sure that it stops short of Obama making the “kill shot.”

In the same way that Obama too the credit for the Osama bin Laden kill.

I can see the plot now.

Obama considers all the options to protect America’s citizens..like he did in Benghazi. The red phone on the golf cart rings, and Obama admonishes his playing partner to “hold on a minute,” while Obama decides when he can break away to kill the kidnappers.

This is a film that could be shot with two windows, Hanks on one side, Obama on the other. Obama assuring Captain Phillips that he will be there to rescue him, as soon as he’s done at the 19th hole. Captain Phillips can rest easily, because he’s in good hands: the manicured hands of America’s pre-eminent metrosexual.

I’m too principled to watch commercials for Liberalism, like Captain Phillips. I detest how Hollywood (and other Leftists) use our military to pad their pocketbooks, while not caring one bit about the real troops.

I liked Tom Hanks, until the point I learned more about him.