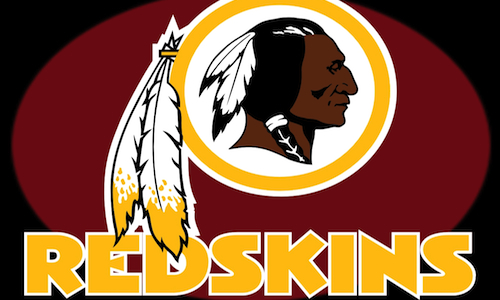 If Obama owned the Washington Redskins team, he would consider changing the name.

“If I were the owner of the team and I knew that the name of my team, even if they’ve had a storied history, that was offending a sizable group of people, I’d think about changing it,” Obama said.

Welcome to the NFL the “New Black Panthers!”

Not long ago I wrote about how Liberals stirred up the Indians in America (I happen to be part Indian myself), by telling them that it is an insult to be called Indian. Ironic, given that the 1B+ Indians in India seem comfortable with the racial slur.

But because cocktail-sipping, know-it-alls have Indians in a tizzy, everyone is supposed to refer to Indians as “native Americans.”

Prior to this “white Liberal guilt” annoyance, Americans paid tribute to Indians by naming our stuff after them. Sports teams, cars, and a host of other things. It was a show of respect.

Despite conquering the Indians, Americans understood that the Indians are AMAZING. We might have beaten them, but boy did we learn a lot from them. They went down swinging, and didn’t call their lawyers. And because of the warrior spirit of the Indians, we celebrate their cultures.

Leave it to Liberals to make something beautiful into something demeaning.

Sort of like what Obama and his ilk have done to the American Spirit.