This fabulous song debuted in December 2012, but with the full ramifications of Obamacare et al, just might be time to reprise and sing along!

“Waiting for my food stamps to come in.

Talkin on my free phone,

In a no work zone,

Livin this easy could be a sin.”

Wastin away again in Obamaville,

Some people claim that it’s George Bush to blame,

As their page says, this is “a funny song sung to the tune of Margaritaville and inspired by Rush Limbaugh. This parody has original lyrics by Rick White and sung by Jack Anderson. Both of Charleston, West Virginia.”

Let’s face it…for 5 years now Obama has waged an all out assault on America and her Constitution, and we can either laugh or cry. A song such as Obamaville keeps us laughing while focused like a laser.

Americans need to sing this catch ditty over and over until we punt Obama out of office in 2016 and, God willing, elect a patriot who will actually protect and defend the Constitution against all enemies foreign and domestic. 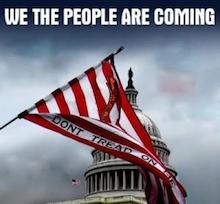