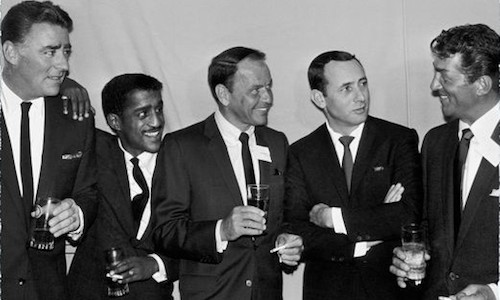 There was a time in American history when being white was “the bomb.”

For much of American history, racist Democrats had white people convinced that they were the superior race, so much so that people like Margaret Sanger only wanted enough black people around to serve white people. History is replete with white Democrats and socialists from peons to heads of state who believed the lie of white superiority.

Imagine being conditioned to believe that you are best, only to find out that you are quite mediocre. That the best people had been hidden from you—to protect your fragile ego.

In the early days of entertainment, America had “white music” — people like Pat Boone, the Rat Pack, and Andy Cuomo. It took black men like Little Richard and Chuck Berry to put some peanut butter on that white bread. Music would never be the same.

We had TV shows like The Dick Van Dyke Show, My Three Sons, and Hazel. White, white, white. Those show, or shows like them, dominated TV. Then came Sanford and Son, The Jeffersons, and Good Times to the TV entertainment world, and with those shows another cultural earthquake. Television would never be the same.

From the booty call, the electric boogaloo, the cabbage patch,the centipede, the cha-cha slide, chicken noodle soup, the dougie, the cupid shuffle, da butt, the bump, the electric slide, the humpty, krunking, the moonwalk, the prep, pop locking,the robot, the roger rabbit, the running man, the snake, the stanky leg, to the tootsie roll…there’s nary a white dance among them.

Black people invent a new dance every other year, it seems. White people haven’t invented a dance in a hundred years (except the “White Boy”, of course).

Watch old films of “white basketball,” and you wouldn’t recognize the sport of today.

Remember when white guys shot free throws underhand?  The NBA would have been NFL (Not For Long) if it weren’t for Julius “Dr J” Erving, George “The  IceMan” Gerving, and other innovative black ballers.

Magic Johnson gave the sport the “no look” pass and somebody black invented the finger roll, while Kareem Abdul Jabbar gave us the “sky hook.” Whether it’s the “alley oop,” or the “cross-over dribble,” it was black players who innovated basketball.

In baseball, the Negro league consistently beat white professional teams, on the rare occasions when white guys were willing to be embarrassed. Integration of “white” baseball may have been a step up financially and culturally for black players back in the day, but that transition was undoubtedly a step down in competition for black players.

Jackie Robinson revolutionized baseball in many ways, yet he was considered a mediocre player in the Negro League. Josh Gibson, not Babe Ruth, was the real home run king, hitting over 800 home runs and against black pitchers. Gibson hit 69 home runs in only 134 games, with no juicing!

Satchel Paige made Cy Young look like a piker. It is said that Paige pitched 29 games in one month, and won 104 of 105 games at one point in his career.

Remember the white NFL, when guys took their helmets off, folded them up and put them in their pockets?

Ernie Banks and Jim Brown and the like are the reason the NFL had to get new helmets. And Gayle Sayers faked many a white defender out of his shoes.

I have one name for you in track and field: Jesse Owens. ‘Nuf said, Adolf.

In boxing, remember when white guys “put up their dukes?” You’ve seen those pictures of the guy with one fist way in front of the other. What was a clumsy club sport was changed to an art by people like  Jack Johnson, Joe Louis, Muhammed Ali, and Sugar Ray Robinson, to name a small few.

Whites have slipped dramatically in stature over the past decades, eradicating any idea that they are the “superior race,” as if one there is such a thing. Black people have proven time and again what we bring to America.

And who knows where blacks would have been had it not been for the destructive meddling of Democrats.

With the rich history of achievement by blacks in America, you’d think that blacks today would not lament that history, but instead celebrate it. I’m beginning to understand why white Dem Liberals like tinkering with blacks. White Liberals want to be considered better than blacks… again.

Conservatives understand that no ground has been lost for whites by blacks stellar record of achievement and creativity.

This is because, black creativity is American creativity.