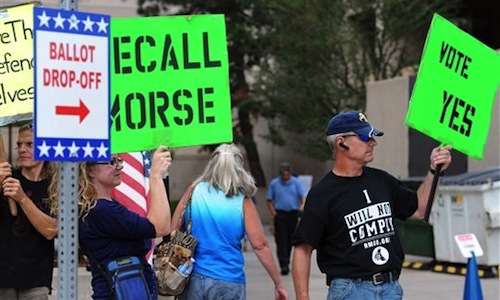 Try to take our guns, try to infringe our Second Amendment rights, and you will lose your JOB!

Chalk the gun control agenda up for MINUS TWO jobs in the Obama economy.

Politicians said that Colorado’s recall vote would be an indication of where the nation stands, and I say that it is. The state that Democrats thought they turned blue, has indeed given the Dems the blues.

So Senate President John Morse and Sen. Angela Giron will be replaced in office with Republican candidates who petitioned onto the recall ballot. The loss by Morse was considered a slight possibility, however Giron was supposedly safe, given her heavily Democratic district. Not so fast!

What this shows is that the Democrats have vulnerabilities, and gun control is one their weaknesses.

The Republicans need to seize on this, as not only is this an issue with Democrats per se, but this issue of gun control crosses ethnic barriers.

Make no mistake about it, Democrats are reeling over this decision. They stacked the deck with gerrymandering, having targeted CO for takeover a few years back. But what they are learning is that a motivated grass roots cannot be stopped.

This doesn’t mean the Dems will rest, as they will look for ways to thwart the grass roots. Remain vigilant.

Over 5 million Americans are NRA members. And trust me, there are even more who have not joined the NRA roles but still espouse the right to have and bear arms and proudly tout Molon Labe.

The Lefty gun-grabbers rile up that mighty group of gun owning patriots at their own peril. 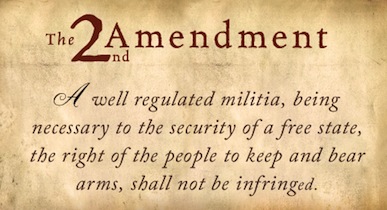