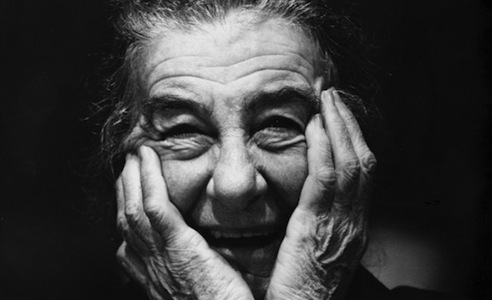 Following the conclusion of a CNN report on the terror raids in North Africa over the weekend, which ended with mixed results, CNN anchor Wolf Blitzer likened Obama’s decision to mount raids on terrorist havens (only one of which raids was successful) to Israel’s reprisals on the terrorists who mounted the 1972 Munich Olympics attack.

“This president has got that Golda Meir instinct in him,” Blitzer declared.

Blitzer said that, in spite of the fact that only one of the two raids mounted over the weekend was successful, they both sent “a message” to would-be attackers of U.S. interests – particularly to those terrorists who attacked an American consulate in Benghazi in 2012.

“I thought this president was out channeling in Golda Meir, the late Israeli prime minister, after the Munich Olympic massacre,” he continued. “I immediately said to myself, ‘Well, this president has got that Golda Meir instinct in him as well.’”