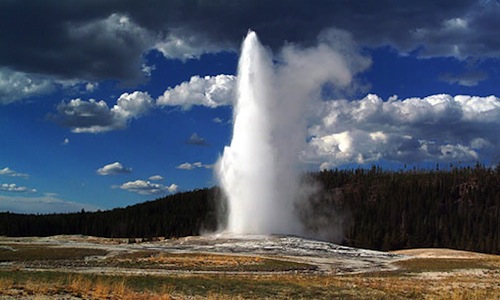 Americans who lived through the 50’s vividly remember the tales of Gestapo horror in Hitler’s Germany: the Third Reich was a fearsome and evil war machine that voraciously disregarded the sanctity of human life.

The Gestapo acted on the whim of any and all of Hitler’s demands. But those days in the late 1930’s and early 1940’s seem a world away, nothing but amazing tales of a sinister, totalitarian regime to those born in the ensuing decades.

Until now. Most Conservative pundits and writers I know, myself included, have tempered their speech and modifiers concerning Barack Obama.

At first only a few would venture to call the new, 1/2 black president a Socialist. Until Obama began rolling out economic and social policies that went far beyond the constraints of Socialism. Indeed, the newly re-elected American President and his worldview would warm the heart of Karl Marx.

A proponent of Saul Alinsky and his Rules for Radicals, Obama promised to fundamentally change America. And so he has.

But the change we are now seeing with the government shutdown, change in the form of a petulant tantrum intended to hurt the American people and their morale, this change is like an electric shock to the system.

And with the shock comes distant memories surfacing from the “anterior cingulate” region of the brain, long-forgotten tales of a people in a distant land corralled by an evil regime.

But the regime we now see taking orders are those carrying out Barack Hussein Obama’s dictums to shut down down War Memorials and National Parks and death benefits for fallen military.

The latest outgrowth of Obama’s totalitarian tantrum? Yellowstone National Park. Yes, the home of Old Faithful is off limits to America’s citizens.

A Yellowstone tour guide accused the National Park Service of using “Gestapo tactics” while shutting down the park, after armed rangers locked a group of terrified senior citizens inside their hotel for many hours to prevent them from visiting nearby attractions.

John Macone of The Eagle-Tribune reports:

Pat Vaillancourt went on a trip last week that was intended to showcase some of America’s greatest treasures.

Instead, the Salisbury resident said she and others on her tour bus witnessed an ugly spectacle that made her embarrassed, angry and heartbroken for her country.

Vaillancourt was one of thousands of people who found themselves in a national park as the federal government shutdown went into effect on Oct. 1. For many hours her tour group, which included senior citizen visitors from Japan, Australia, Canada and the United States, were locked in a Yellowstone National Park hotel under armed guard.

The tourists were treated harshly by armed park employees, she said, so much so that some of the foreign tourists with limited English skills thought they were under arrest.

When finally allowed to leave, the bus was not allowed to halt at all along the 2.5-hour trip out of the park, not even to stop at private bathrooms that were open along the route.

America the Beautiful is being cordoned off and barricaded, national park by national park, and memorial by memorial. Our elderly, who deserve respect and honor, are being arrested. Our Vets, who deserve our country’s highest esteem, are being kept from the very memorials erected in memory of their gallant service.

What is happening to our beloved country?

Obama is happening. The Progressives (a fancy name they concocted about 100 years ago to camouflage the real name, Communists) are happening.

This is not what the Founders envisioned, nor what the Constitution prescribes.

Wake up people, our Republic is under attack and patriots are needed. One old phrase comes to mind, “Don’t tread on me!”

Thomas Jefferson stated it well in none other than the Declaration of Independence:

“…when a long train of abuses and usurpations, pursuing invariably the same Object evinces a design to reduce them under absolute Despotism, it is their right, it is their duty, to throw off such Government…”

Gestapo tactics have no place in our exceptional America.

Normandy was closed when we got there too

Freedom of Speech AND Religion Beatdown