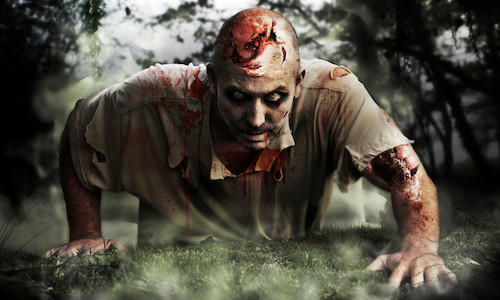 In a Rasmussen poll that doesn’t surprise me, 37 percent of people polled said that zombies would be better at running our government.

I’m sure that zombies feel vindicated, and I certainly am not one to rain on their parade.  However, before you go calling the brain-dead “undead,” understand that they are being compared to people like Maxine Waters, Harry Reid, Debbie Wasserman-Schultz, Chuck Schumer, and so on.

Our government is already overrun with zombies (aforementioned), and apparently 63 percent of the people recognize this…100-37=63. That’s one way to look at it.

Or, 37 percent of people don’t realize that the zombie apocalypse has already occurred. At least a significant portion of the population is ready to elect more zombies.