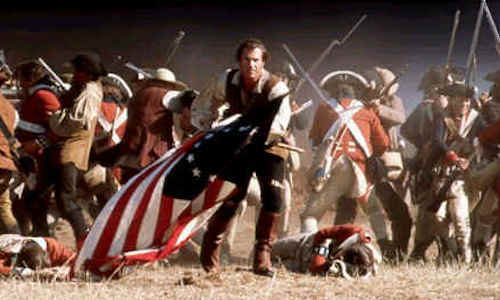 Fear has controlled humans for thousands of years. In ancient times, we feared the dangers of nature, barbarians and gods.

In the times of proper civilization however, we have created a new thing to fear: our leaders. We gave them everything to avoid pain and annihilation, but drunk with power they have betrayed us. Today, again, we are afraid.

The religious, the spiritual and the faithful fear persecution. Libertarians and conservatives fear government violence and political silence. Liberals fear that if we are left unattended by government, then not even God will step in to care for the poor.

The America we live in today is no longer the America that our forefathers died for and titled “the land of the free and the home of the brave.”

No: despite how we have flourished in the past hundred years, we are now slaves to fear, and bravery is arrested for trying.

How do I come to this conclusion?

Easily: examples of control – the consequence of fear – are everywhere.* We should be ashamed of ourselves for allowing this list to get so long. We should be outraged at the people in our capital city.

We should be sharpening our pitchforks. In 1776, Thomas Paine wrote:

“Government, like dress, is the badge of lost innocence; the palaces of kings are built on the ruins of the bowers of paradise.”

Unfortunately the book was titled Common Sense, a principle abandoned by humans frequently throughout history. As a result of our fear, we elected temple robbers, fools, tax collectors (in the Biblical sense), and Pharaohs.

Despite what is said in Article 1, Section 9 of the Constitution, we have indeed bestowed royalty upon our governmental officials. Just look over the list I put at the end of the blog. In our bustle to throw our freedoms away, we have given so much power to Washington.

Our fears have transformed the American people from a monument of courage and hope to ignorant sheep for shearing and greedy pigs for slaughter.